Try not to apologise.
When you are in your role, you are doing as you wish.
That also means you “can’t go wrong” and that you should never apologise for what you said or did.

Ah, a prompt aimed at the Dominants. I love the idea that Dominants are always right and even if they mess up, they just shouldn’t acknowledge it. That sounds so healthy and good!

This idea that Dominants must be Strong and Right doesn’t work in the real world. People fuck up. And it’s far better to say “I messed up” and bring a plan of action than to ignore it all and act like nothing is wrong.

I believe Dominance is about leadership and good leaders own their shit. Good leaders are able to recognize when things go wrong and can say it out loud. Good leaders adjust course to bring themselves and their teams successes. Pretending you’re infallible is a pretty quick way to not only breed resentment but set yourself up for being seen as an irresponsible and dishonest person.

I think many of us have experienced people like this in our lives. People who are so determined to be right, to be on top, that they ignore the damage they leave in their wake. Are you still friends with those people? Do you like working with or for them? Probably not. Because they drain you and prefer to make things Not A Problem or your fault. If you wouldn’t put up with that behavior in the rest of your life, why should you accept that a Dominant can get away with it? What makes Dominants so special?

Dominants can make life-altering decisions depending on the way a relationship is negotiated. Daddy recently made decisions regarding what car we were purchasing, the house we were living in, and more. He handles the household finances. If he messes that up, I expect him to take charge and figure out how to correct his mistake. Daddy has proven to me time and time again that he’s capable and willing to do that just so I have come to trust him with bigger and bigger decisions over the years.

It’s one thing to screw up a dinner or mix up a favorite toy and another to fuck up buying a car. Can you imagine submitting to a Dominant who makes some kind of a mistake with the household finances and they just never say anything to you? That would be a betrayal of our relationship for me. We’re built on trust and honesty which includes both of us admitting when we’re wrong or have messed up.

This doesn’t mean a nasty “I told you so” game should happen either. That never helps. There’s a saying “do you want to be right or do you want to be happy?” and I think it’s an important one to keep in mind. As a slave, I don’t need to be right all the time but I do need to help our relationship move towards happiness. So, yes, I may point out a mistake or let Daddy know that something didn’t go quite as he expected, but it’s not because I want to one-up him. It’s because it’s my job to provide him with information constantly. I’ve said it before and I’ll say it again – the more information he has, the better decisions he can make for us.

Daddy does apologize to me for his mistakes. I don’t think I’ve ever had to ask for one directly. I apologize too. We don’t have a ritual or anything around apologies, they’re simply part of our conversations about issues that crop up. For me, accepting the apology and moving on is important because, ultimately, we are working together to make our dynamic thrive. Holding on to his mistakes doesn’t help. Sometimes I realize later on that I still have feelings to work through about a mistake or decision and revisit the issue, but it’s processing, not holding it over his head.

Only once have I not accepted an apology right away and it took us a while to talk through the mistake and longer for me to accept his apology. But, looking back, it matters so much that Daddy was willing to tell me about the mistake right away and acknowledge first that he had messed up. What also mattered was that he followed through with what he said he was going to do to correct the mistake. That made it much easier to forgive and forget.

I don’t want a Dominant who isn’t willing to apologize. I don’t want to serve someone who acts like their role gives them permission to do whatever the fuck they want without consequences. That isn’t appealing. Being with someone who is willing to show me that they are human, that they mess up, and that they’re capable of fixing their mistakes is much more attractive. Because it means I can do the same. 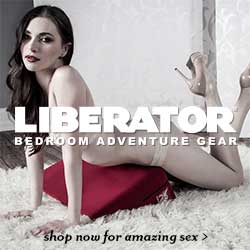